-He′s a close friend of YunHo from TVXQ..
-Loves children.
-Loves puppies.
-Loves seafoods.
-When he was still in the group O-Kay, Xiah Junsu and HyukJae jokingly told him that he was officially a celebrity & his life as well as himself would change. Once he heard this he ran outside & cried. (Cute) haha
-He likes Song Hye Kyo.
-He likes being called a Prince.
-He has no particular drinking habits.

-He likes to get free makeup samples.
-He had his first kiss when he was 7.
-He never carries an umbrella.
-He cries easily.
-He plays the piano very well.
-He lost his shoe during a Miracle performance.
-He can sleep up to 18hours a day.
-He never irons newly bought jeans.
-He has a mole on his right cheek.
-He wrote KangIn and Yesung′s radio logo songs.
-He is the 4th heaviest drinker among the 13 members.. xD
-He′s the 2nd most outgoing member after KangIn.

-He likes to play the piano.
-He likes composing songs.
-LeeTeuk means ′special′.. He is a special guy.
-He is the Angel without wings, therefore, his favorite color is white.
-HeeChul gave him the nickname ′Peter Pan′, because he doesn′t want to grow up.
-According to the ELFs, he is the hottest and cutest Angel on Earth.

-His favorite color is pink.
-He is anemic.
-He does martial arts.
-When he was asked to finish the sentence, “Super Junior is..” He replied “a theme park”
-He was going to change his wardrobe once but there was too much pink so he decided not to. (LOL)
-He is the pumpkin King.

-He is the “dancing machine” of Super Junior.
-He is a crybaby.
-His nickname is monkey.
-He is a close friend of Xiah JunSu from TVXQ. They went to the same elementary school.

-He is the maknae(youngest) of Super Junior.
-He got the worst injury on the accident last April 2007.
-Many fans wanted to buy him a bed when he doesn′t have one.(poor guy)
-His nickname is Kyu, Prince Kyu, Shy Kyu. He has more than 50 nicknames.

-His favorite season is autumn.
-He had his first kiss when he was in 2nd Year High School.
-He would like to go to Canada.
-His favorite color is red.
-He has small fingers.
-His stage name Yesung means ′Art of Voice′.

-The Super Junior member who has a ′killer smile′.
-He was born in Seoul, but he moved to California at the age of 10.
-While in California, he attended school in Los Angeles.
-He likes cats, rabbits, and oranges.
-He dislikes apples, mice, summer, winter, and the number, 9.
-HeeChul gave him the nickname ′Snow White′.

-He has a Russian Blue cat that costs around $500- $800.
-The name of his cat is HanJHeeBum.
-His nickname is Cinderella.
-His favorite colors are red, pink, and black.
-His close friend is U-Know YunHo of TVXQ.

-He is the only Chinese member of the group.
-He is the leader of Super Junior- M.
-His favorite color is black.
-He always carry a Chinese-Korean dictionary.
-He is the Mr. Beijing Fried Rice of Super Junior.
-He didn′t know any Korean word when he arrived Korea.

-He is Korea′s # 1 handsome guy.(according to him) LOL
-Anya gave him the nickname, raccoon.
-He is a tough guy, but he′s really a warm-hearted person.

-He is Super Junior′s teddy bear.
-He is the ′choreographer′ of Super Junior.
-He is flexible.
-He wants a sports car.
-His favorite color is purple.

-His nicknames are Simba and Horsey.
-He always do hand gestures.
-He is Super Junior′s ′bodyguard′.
-Awards: Sexiest Guy in Korea.

BUT NOOOOW~ Super Junior only have 10 members, Kim Ki Bum, Han Geng, Kang In is not Suju members anymore. But You guys will be in ELF’s heart forever. Love y’all~~!

One thought on “Facts about Super Junior Members ♥”

Viewers All the Time 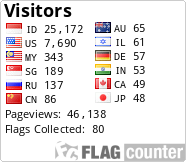 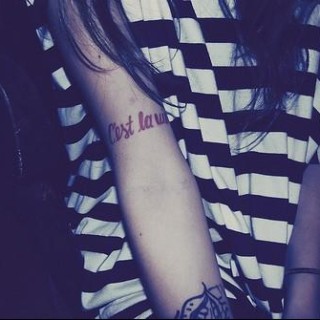 I'm beautiful in my way 'cause God makes no mistakes. No matter how difficult and hard something is, I will always be positive and smile like an idiot ♥